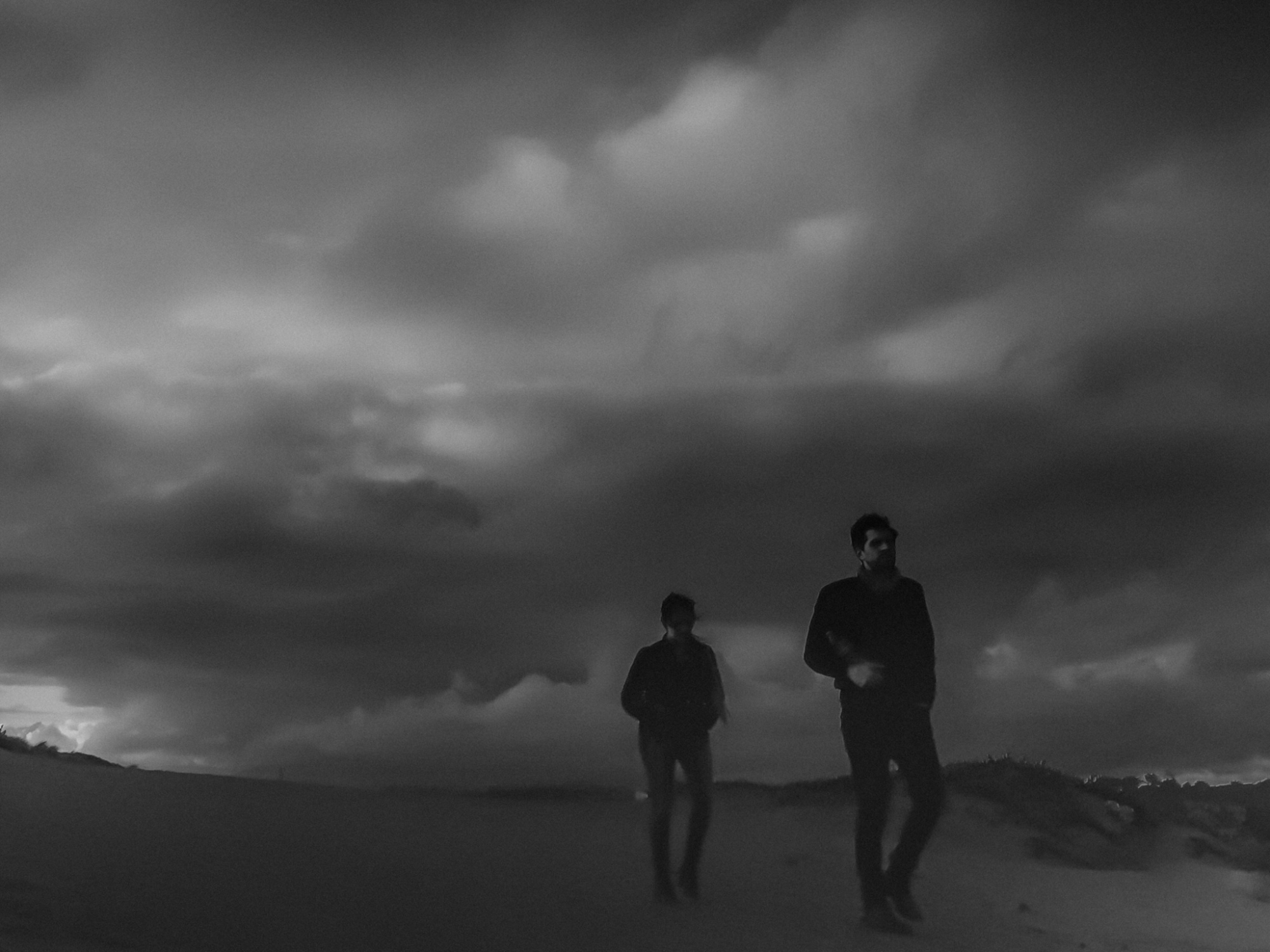 Scorn Def. The feeling of belief that something is worthless.

“Keep It Simple”, my boss said after I gave my feedback. I felt dismissed, scorned, disregarded, and snubbed, or even brushed off.

I hear friends say, without a thought, the word ”Agape” in gatherings all the time. The word Agape is one of several Greek words for love. It describes a steady intention of the will to another’s highest good. But then I leave feeling worthless because I was ignored. “Hello, I’m sitting right in front of you,” I said in my head. It literally makes my heart sink to the ground. It would be easy to say that I feel invisible. Instead, I feel painfully visible.

When a family member or by someone whose attention means to you doesn’t give me value, is one of the worst feelings.

We most feel unworthy when we are overwhelmed by an intense emotional feeling for one person and, due to a variety of reasons, feel that we just aren’t worthy of that person’s love and affection, if not respect or admiration.

Do you know that being ignored, scorned, snubbed, or disregarded causes the same chemical reaction in the brain as experiencing a physical injury?

I want to write about my feelings because the Bible never ignores our feelings. I want to focus on Psalm 73:26 for just a few minutes — “My flesh and my heart may fail” — because that’s the definition of despondency that I want us to work with.

Someone who I can relate to me is Joseph, the prized son of Jacob and the eventual ruler of Egypt, was forgotten when he needed to be remembered most. He’d been sold into slavery by his brothers, then slandered into prison by Potiphar’s wife. While in prison, Pharaoh’s cupbearer and baker are arrested and jailed (Genesis 40:1). Satan had dropped a bombshell on Joseph’s life and the initial shock waves of emotional response are not necessarily sin. Joseph showed us another way. It’s not painless, but it’s not passive either.

To be rejected and to feel rejected are two different things. The former is an event; the latter, an experience, a choice. Every choice involves a selection and a rejection. Because somebody has made a choice not to select us in some kind of a relationship (society, job, friendship, marriage, etc) doesn’t mean that the rejection is universal. You are not universally rejected. There are still some who accept you. And, even if there is nobody, you are the choice of God, because it was His choice to create you as you are. He didn’t create you for anybody else so much as He has created you to be His child and beloved one; and our relationship with others only must proceed out of our relationship with Him.

Another Bible charter is Leah. We know of Leah in the Bible who was, in a way, rejected by her father (he wanted to marry her off as soon as possible), her society, and her husband Jacob. The only reason given was she wasn’t beautiful and had weak eyes. But, the Bible makes it clear that she was accepted by God. Do you know that the priestly family and the royal family both descended from her sons Levi and Judah? In her lineage were great priests, prophets, and kings; but, even greater, the Son of God became flesh in her line of descendents. Jesus was born of the tribe of Judah. She is a great example of a strong woman because she never allowed anybody’s rejection of her to make her feel unworthy and lost. She knew who she was and knew what she was supposed to do in the context that she was born and wedded into.

It is usually not a good feeling when one is rejected for reasons that one is not directly responsible for. Also, it is even painful when one is rejected for reasons of being misunderstood. Job was someone who both fell into adversity and was also gravely misunderstood by his own friends. Of course, his servants left him and despised him when he became bankrupt – their relationship was only materialistic, anyway (they used to crave his acceptance because they needed money). But, the greatest pain came when his friends called him an evil and wicked person and argued that his adversity was the result of his sins. The greatness of Job is found in the fact that though rejection had touched his bones, he never lost gripped over his view of God and of himself. His memory did not falter due to adversity; his hopes did not die because of his adversaries. The Bible says that God rewarded him two-fold in the end for his faithfulness towards Him.

Yet, there is no picture of rejection so acute as the picture of Jesus humiliated and nailed on the Cross of Calvary. The Bible talks of Him as the One who was “despised and rejected by men” (Isaiah 53:3). The despisal was so bitter that they wanted Him to die the severest death possible and felt no moral remorse about it. Yet, on the Cross He prayed to His Father to forgive them and promised to the repentant thief that he would be with Him in paradise. His connection with His Father and His will was perfect and fully independent of what people thought about, said of, and did to Him. Therefore, “the Stone which the builders rejected has become the Chief Cornerstone” (Matthew 21:42). The cross might have been the ultimate symbol of rejection to the world; it was the ultimate symbol of triumph in the sight of heaven, a triumph over reasons that separated humanity from God (Colossians 2:14,15).

God doesn’t forsake His people. His arms are ever opened. However, this lifetime is the time of choices. When somebody repents, the Father’s arms receive that person with great joy, because He is the Father. In going away, actually, it is not God who rejects a person, but a person turning his back on God. Yet, He waits with open arms, and His love pursues us wherever we go.

The Bible also talks of God as the King. And, in this aspect, rejection of the King is a political crime with consequences of eternal banishment of anyone, even if he were a prince, who has rebelled against the laws of the Kingdom. So, Biblical warnings are serious. The Kingdom of God is not a democracy where the leader is elected by majority of votes; it is a reality that is eternal and must be accepted as such. Rejecting God is like rejecting oxygen and trying to breathe without it, like rejecting the ground beneath our feet and trying to still be grounded on it. It is a self-contradictory experience. Our rejection of God doesn’t affect God; it affects us.

In closing, let me underscore a few Jesus Principles with regards to dealing with rejection:

Do not let your feelings of rejection overpower your acceptance before God. He has not rejected you, and that is the eternal fact. He created you for a purpose and the purpose is more real than what people feel, think, do, or say. Even Jesus felt forsaken on the cross when He cried “My God My God why have You forsaken Me!” But, at the end, He knew He could submit His spirit into the Father’s hands, because He was acceptable before the Father though the world had rejected Him. The Father had not rejected Him.

If you have been rejected by someone you deeply loved, remember that this is not a surprise to God though it may look a shock to you. Therefore, prepare not to be offended; and if you have been, destroy the feelings by faith in God’s control over your life. Love them still whether they betray, forsake, or deny; because, the pursuit of love will win someone who had a heart of love beneath the mask of inhibition (Matthew 26:23, 49, 50; John 21:17). Do not commit yourself to any human because they seem to be accepting you. Human acceptance is usually selfish in nature (John 2:24). Never expect praise and honor from men for being true to God (John 5:44). Do not compromise your faith in order to feel accepted. Such acceptance is bondage.

Never try to please men. Don’t put any human at the center. Do only things that please the Father (John 8:29). Do not let anybody’s rejection make you forget your identity and mission before God (Luke 4:18-30). Do not die because people want you dead. Remember “He passed through the midst of them and went His way.”

Learn to respect freedom of choice to be independent, though not against you (Luke 11:23). Bless those who curse you, do good to those who hate you, and pray for those who persecute you (Matthew 5:44). Rejoice when the world hates you because it hates Jesus, because this shows that your witness is clear and that your light is truly shining out so that they know you belong to Christ (Matthew 5:12). But, never do something or say something that will give a false caricature of Christ (Exodus 20:16) and become a stumbling block for people (1 Corinthians 8:9; Romans 14:13)

He heals the brokenhearted and binds up their wounds – Psalm 147:3