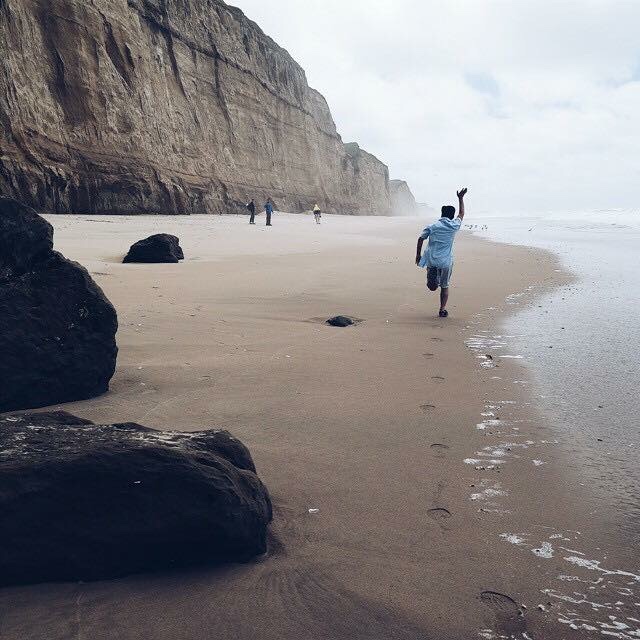 What is it that God wants from you? He wants the same thing that you want. He wants to be loved. He wants to be known as only lovers can know each other. He wants intimacy with you. Yes, yes, he wants your obedience, but only when it flows out of a heart filled with love for him.

Following hard after Jesus is the heart’s natural response when it has been captured and has fallen deeply in love with him, a place only he can fill. Likewise, it is a great mystery when we say, “He longs for you.” God wants to live this life together with you, to share in your days and decisions, your desires and disappointments. He wants intimacy with you in the midst of the madness and mundane, the meetings and memos, the laundry and lists, the projects and pain. He wants to pour his love into your heart, and he longs to have you pour yours into his. He wants your deep heart, that center place within that is the truest you.

What is it that you have been thinking God wants from you? 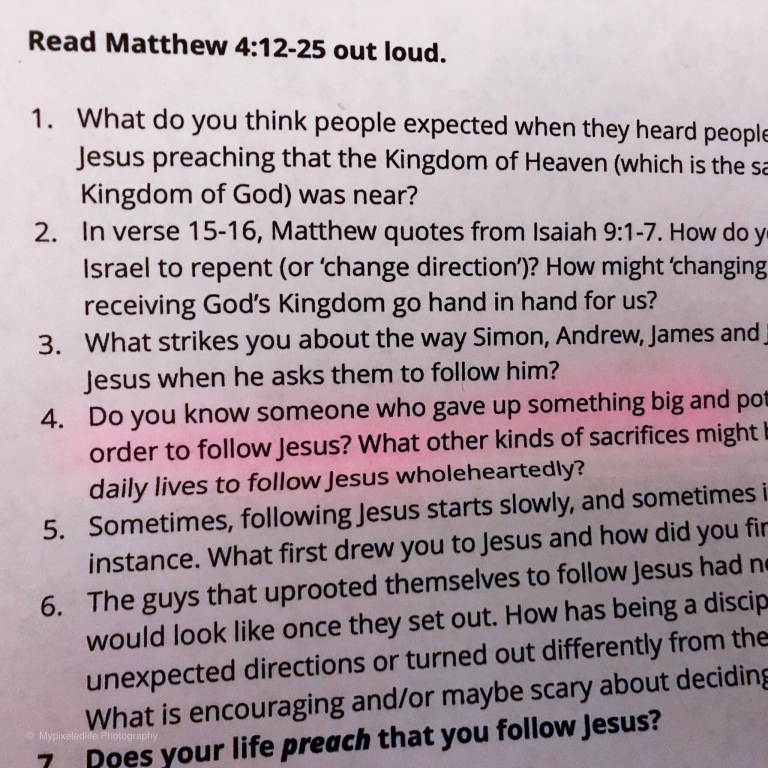 “I am calling you to something that is going to look like hatred of wife and children and parents.” It’s not just a metaphor. This is a cross, meaning, “Join me on the way to martyrdom.” So, counting the cost of discipleship means realizing that authentic discipleship may exact from you the highest price relationally and the highest price physically. (Ref: John Piper, Desiring God)

He’s not asking. He’s not inviting. It’s more forceful than the words in Matthew and Mark’s story, where this man on the beach invites them appealingly, “Come, follow after me.” And there’s a promise with that one: “And if you do, here is what I will do with you and for you. I will enable you to fish for men.”

Those four fishermen couldn’t have known what he meant, but right here, right from the start, Jesus was signaling something new. He says, “You will catch people.” He’s promising action, not just words and knowledge. And he’s promising that they will be a part of this action, whatever it is, not simply observers.

If we somehow missed it in Matthew and Mark, Luke is going to make it harder for us, this whole calling and following business. We know the Kingdom of God scene doesn’t get started until Jesus casts his own net and hauls in some men. We know the story so well; it feels inevitable that they should dump their nets and go. But I tell you again: This is not what fishermen do. Especially not when fishermen haul in the catch of their lives, which means money in the hand. For some fishermen in some fisheries, it can mean tens, even hundreds of thousands of dollars.

I cannot help but wonder, Why did Jesus do it this way? Why give them the catch of their lives—and then call them away from it?

Jesus looks at them, knowing how scared they are right now, and says, “With man this is impossible, but not with God; all things are possible with God.”

And now comes Simon Peter, who can hardly stand this whole conversation. He’s listening, his heart pounding, his hands clenching. He bursts: “We have left everything to follow You!”

And I know what else he says and thinks: And still this isn’t enough? If the rich can’t get to heaven, what hope do we have, we who now have nothing! We used to have something, Jesus, remember? We gave it all up for you! Please tell us this counts for something!

Jesus looks at him with love, and says, “Truly I tell you . . . no one who has left home or brothers or sisters or mother or father or children or fields for me and the gospel will fail to receive a hundred times as much in this present age . . . and in the age to come eternal life.”

Some might name this irresistible grace, that when Jesus calls, we have no choice but to respond. But they had a choice, and they chose to leave. It’s not what fishermen do. But in that moment of choosing, they are not fishermen. They are men of Israel, sons of Abraham, Isaac, and Jacob, longing to see the coming of the One promised. And, they are told, this might be him. I will let them go, then, these fishermen, away from their nets. The call came to them. They had to go.

A call comes to every man and woman and child. We have all been called. We must follow to find out who it is that calls us, and what we have been called to. James, Andrew, Simon Peter, and John, and all the others did not yet know either one: what they would be doing or even who it was who had called them. They had no idea what “fishing for men” meant. They didn’t even know who Jesus was for sure. But John the Baptizer seemed to know. And it appeared that maybe the fish in their sea knew him too. That was enough to start. Only one thing mattered now. This man, who could be “the lamb of God,” has chosen them: Come, follow me. Do not be afraid. And he has chosen us as well: Come, follow me. Do not be afraid.

P.S. This piece of paper reminded me that my prayers aren’t to small for a big God. I remember pouring out my heart to Raj on 21-Oct 2017. We were at Philz Coffee at Westborough. There was a lot uncertainties and confusion in my mind about my next step: to either leave or stay on my journey. I’ve asked him to pray for me that night. Finally, I said, “ok, I will stay on course if these conditions are met: she will speak on 22-Oct, preach from the book of Matthew, chapter 4, verses twelve through twenty-five.” And She did!!! What are the odds of that event from happening? My faith was strengthened.

This is Raj, my buddy.