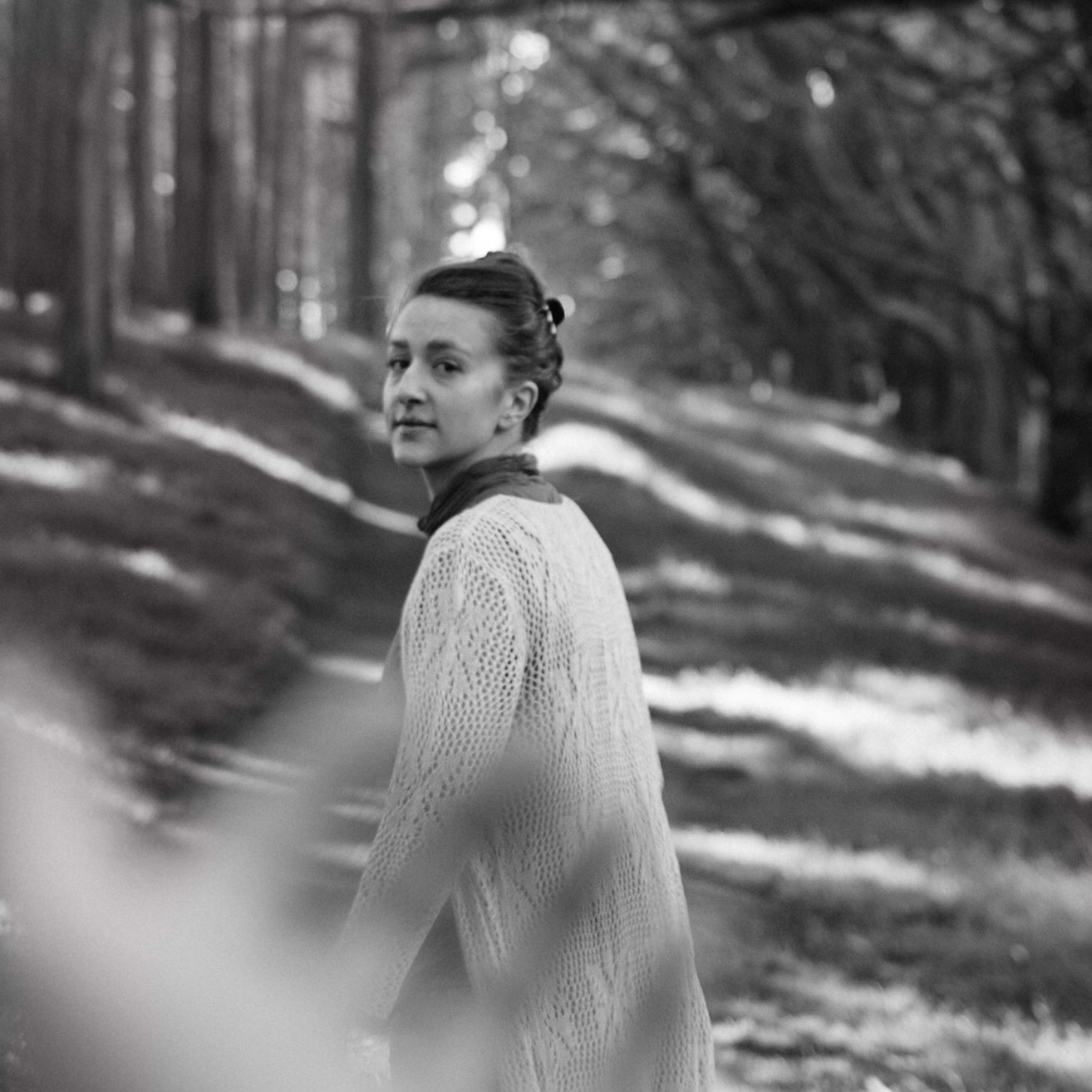 My friend and I were giving her photo a title. I said, “don’t leave me.” – me being pessimistic by nature. She disagreed and said it’s more like “come to me.” Hmm. I kinda like that. She also reminded me of “Jane Seymour.”

I like “Somewhere in Time.” Is it one of my favorite cult classic movies. And I am touched by its vision of timeless love.

It is about a playwright Richard Collier (Christopher Reeve) who became fascinated by a photo of an actress who appeared at the hotel on Mackinac Island, 1912. He is smitten. He researches the career of the actress, falls in love with her.

The photo belonged to Elise McKenna (Jane Seymour) a turn-of-the-century stage actress. As Richard’s obsession grows, he learns from a friend that time travel may actually be possible through hypnosis. And shortly thereafter he wakes up in the Grand Hotel, having traveled back from 1980 to June 27, 1912.

Soon, he meets the beautiful and famous stage actress Elise McKenna. Her manager, William Fawcett Robinson (Christopher Plummer), sends him away but Collier stubbornly pursues McKenna until she agrees to accompany him on a stroll through the surrounding idyllic landscape. Collier hums a tune by Sergei Rachmaninoff, which McKenna has never heard before because it was composed in 1934.

They’ve met before, he realizes: She was the mysterious elderly woman who had placed a pocket watch in his hand 60 years late (1972). “Come back to me,” she says.

Collier watches McKenna in her stage play, where she recites an impromptu monologue dedicated to him.

The man of my dreams is almost faded now. The one I have created in my mind. The sort of man each woman dreams of in the deepest most secret reaches of her heart. I can almost see him now before me. What would I say to him, if he were really here? Forgive me, I’ve never known this feeling. I’ve lived without it all my life. Is it any wonder then I fail to recognize you? You brought it to me for the first time. Is there anyway that I can tell you how my life has changed. Anyway at all, to let you know what sweetness you have given me. There is so much to say and I can’t find the words except for these: I love you. That is what I say to him if he were really here.

During intermission, she poses for a photograph and, seeing Collier, breaks into a radiant smile, the camera capturing the image which Collier saw 68 years late (1980).

Tragically, Richard Collier suffers an absurd time-traveling mishap: He dissolves in front of a horrified Elise McKenna and is transported — against his will — back to 1980. Richard Collier wakes up, in the same room where he and Elise McKenna were last together in 1912. Drenched in sweat and exhausted from his trip through time, he runs back to his own room and tries to hypnotise himself again without success.

Elise Mackenna and Richard Collier are reunited in the final scene of the film. The movie ends with the couple reunited in death, while bathed in a lovely white light.

The film’s message: love is eternal.

14-15 When I think of the wisdom and scope of his plan, I fall down on my knees and pray to the Father of all the great family of God—some of them already in heaven and some down here on earth— 16 that out of his glorious, unlimited resources he will give you the mighty inner strengthening of his Holy Spirit. 17 And I pray that Christ will be more and more at home in your hearts, living within you as you trust in him. May your roots go down deep into the soil of God’s marvelous love; 18-19 and may you be able to feel and understand, as all God’s children should, how long, how wide, how deep, and how high his love really is; and to experience this love for yourselves, though it is so great that you will never see the end of it or fully know or understand it. And so at last you will be filled up with God himself.

20 Now glory be to God, who by his mighty power at work within us is able to do far more than we would ever dare to ask or even dream of—infinitely beyond our highest prayers, desires, thoughts, or hopes. 21 May he be given glory forever and ever through endless ages because of his master plan of salvation for the Church through Jesus Christ.